Fandoms are wonderful, and often powerful, forces in society. So much so that they often become catalysts of change, not just in the things that they’re passionate about, but in their communities in real life.

Because of the wide reach and powerful mass structure of fandoms, many businesses today are modeling their marketing campaigns after them. By keeping close tabs with specific fandoms, companies can study the pattern of consumption behavior and participatory culture shown by the communities that subscribe to these fandoms.

We see here that fandoms can be more than just the typical cult following of a pop culture product; fandoms can be the main targets of market research endeavors. In the words of Henry Jenkins, one of the canonical fandom scholars, fans are consumers just as much as they are producers. Just like how companies are active in scouring their market, fans are also active in distinguishing themselves from the average customer through the media they reproduce, which is usually in the form of edited videos, GIFs, memes, and more. For companies to take advantage of this, it’s just a matter of reaching out.

The wide reach of fandoms is epitomized by the story of Mary Franklin. She has been an avid Star Wars fan since the 1990s—a time when the internet was on the rise. After scouring the online world, she realized she’s one out of hundreds of thousands of Star Wars fanatics worldwide. Because of her strong support of the Star Wars series, Mary was eventually contacted by LucasFilms and was consulted over different matters about the Star Wars Online Fan Club such as the members’ likes and dislikes, their inclination towards collecting toys, and more.

She attributes the event’s regular success to ReedPop’s ability to garner mass participation. First, the exhibitions company is constantly able to seek out their target markets: the fans. One of their key principles is always to connect with the fan community authentically. It is then easier for ReedPop to invite the fan community, and to curate their participation in such a way that it would leave a lasting impact. Then there’s the crucial role marketing plays to turn that invitation and fan participation into sales and good publicity. Franklin identifies this whole process as a cycle, and at the core of this are the fans.

More than just market share, fandoms serve as a target base for brands. Fandoms are only as strong as the object of that fandom. Case in point: the last season of Game of Thrones, which fell pale against the preceding seasons that were successes. Fans claimed it left too many loopholes, showed sudden character changes, and followed a confusing plotline. All in all, they thought it did not do justice to the preceding seasons.  How do you think current Game of Thrones fans would perceive the next season if the producers were to make another? Unlike TV series, businesses don’t have “last seasons”, which only makes branding more essential.

What every brand wants is to maintain its relevance and ties to its target market. Fans are actually doing the business a favor, since what they do is akin to waving a huge “pick me” sign when it comes to the brand’s approach and marketing. The UK’s Design Council stated that “If a brand results from a set of associations and perceptions in people’s minds, then branding is an attempt to harness, generate, influence and control these associations to help the business perform better.”

Branding and marketing should always go together, and one way this may be achieved is through institutional marketing.

Michael Kaiser is a long time practitioner of arts management and administration, and in his book “The Cycle: A Practical Approach to Managing Arts Organizations” he described institutional marketing as a strategy that focuses more on the connection the company needs to establish with its customers. In Kaiser’s words, “Rather than sell a specific show or program, these efforts focus on generating awareness of and enthusiasm for what and who we are as an institution.” Here, Kaiser is advocating for organizations to communicate themselves effectively to the point that their stakeholders will want to take part in what the organization has to offer.

Microsoft was cunning in distributing Minecraft to their rival, Sony. By doing so, Microsoft fostered cross-play as part of its plan to “bring the 100 million people who play Minecraft into its own orbit”, gaining the tech giant a competitive leverage against gaming incumbents. They were envisioning their customers to connect to their products no matter what device they were using through a cloud computing service built and owned by Microsoft. This move was also a gesture to undermine Sony’s “for the players” message while closing in on the side of gamers, virtually taking hostage Sony’s branding by incorporating it into the tech giant’s own enterprise.

With Microsoft positioning itself on such a scale, it was easy for them to achieve synergy: the ability to promote and market themselves across different and proprietary platforms. Nowadays, it’s hard to ignore the presence of Microsoft in our daily lives. You either own a Mac or a desktop PC; the latter almost always running on Windows. Data shows that Windows ranks as the first operating system with a market share of 86.98% for desktops or laptops, while Mac OS places second with just 9.55%. Microsoft has attained a level of brand recognition that serves as the gold standard due to its ubiquity, at least for desktops and laptops.

“The online gaming industry is fast moving from niche collective enthusiast to mass market and Minecraft is a logical move as big business follows the traffic numbers in the digital world,” said Mark Skilton, former professor of practice in information systems and management at Warwick Business School.

So why should businesses target fandoms?

To recap, a fan base can be perceived as an untapped market segment for companies in the same industry. Why do you think LucasFilms asked for insights from Mary and her fan club?

Fandoms may be tapped by businesses through branding, such that the branding is tailor-fitted to the desires of the fandom. By developing rapport with this community, businesses are in for a lucrative gain in the long run once. If this is achieved coherently and with precise planning, companies will be able to find sustainable ways to run their business.

Need help finding the right fandom to tap? Schedule a FREE 20-min. consultation with Ambidextr today in our Calendly link: 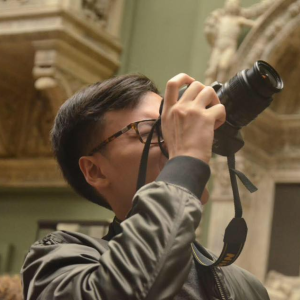